Mixing cannabis and alcohol can be very harmful 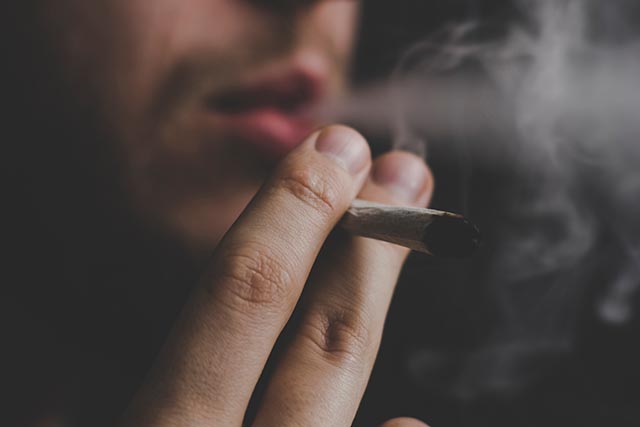 Some people like to concoct their drinks by mixing other substances to get an extra high. They even think that it is the in thing and greatly rejoice in sharing it with friends during parties. Similarly, weed is also extensively mixed with alcohol to enhance its effects. Many people use weed before consuming alcohol or smoke it along with their drinks.

However, it is an ominous practice to mix alcohol and cannabis. There can be some serious side-effects from it, apart from a nasty hangover the next morning.

When one mixes alcohol with marijuana, they both double the effect of the other. So, you can see it is a lethal combination when it comes to delivering a high. Studies have mentioned that alcohol and weed do augment the effects of the other.

A study published in 2015 revealed that the respondents had “significantly higher blood THC” levels when they mixed weed with alcohol. It showed that combining the two led to increased performance impairment.

The researchers also noticed that the level of THC in plasma increased dose-dependently as the amount of alcohol increased. This study also corroborated the findings of an earlier trial in 2001, in which, the respondents who consumed alcohol along with weed “reported more episodes of euphoria and had higher plasma THC levels.”

Another study, published in January 2021 mentioned that when weed is used before alcohol, the tendency to consume alcohol becomes much less, but more of the weed. So, the researchers concluded that when subjects decide to use weed first on a co-use day, there is usually less alcohol consumption but a greater daily consumption of marijuana. The researchers concluded that ethanol may increase the absorption of THC increasing the positive subjective mood effects of smoked weed. It has resulted in popularizing this combo, albeit with lethal effects.

Side-effects of mixing alcohol and weed

Alcohol is a diuretic and the more one consumes it the more visits to the washroom. Large doses can cause a significant behavioral outcome. Regular consumption of alcohol can cause inflammation, liver problems, alter blood sugar levels, and much more. Alcohol can severely dehydrate a person and cause the following symptoms:

A shortage of fluids leads to a severe hangover the next morning and dehydration can lead to needing medical treatment in extreme cases.

A study in 2016 collated data from past surveys (2005 and 2010 National Alcohol survey) and found that mixing alcohol and weed increases the chances of drunk driving, irrational social behavior, and self-harm.

The researchers found distinct consequences when people mix alcohol with cannabis. They argue while drinking, and get into an accident while drinking.

The researchers also maintained that in states where cannabis is legal, the policymakers should ask distributors to include warning labels about the potential risks of combining weed and alcohol on cannabis product packaging.

Another study conducted in 2010, found that mixing alcohol and cannabis caused performance impairments in driving, the study also found that those people who combined the two were unable to drive a longer distance while under the influence. So perhaps this shorter driving could help to mitigate some of the risks linked to consuming cannabis and alcohol together.

It is also seen that many people resort to cannabis as a safer bet while transitioning from more harmful substances. Some also believe that it has an opposite effect on people who abuse alcohol. A study found that people who use cannabis 12 times or more during a month while receiving treatment for alcohol abuse are prone to increased rates of physical consequences attributed to alcohol use. People under AUD (Alcohol Use Disorder) treatment would benefit very much if they curtail their cannabis intake.

Seeking treatment for substance use disorder

Substance use disorder can have long-term implications if not intervened at the earliest. Seeking treatment will help a person gain sobriety and lead a healthy life like before. So, if you or a loved one is grappling with any substance abuse disorder, get in touch with Mission Recovery Treatment Center for immediate relief.

We provide effective treatment programs to people with substance abuse disorder and other co-occurring problems. Our drug rehab in Laguna Hills is one of the best in the area. If you are looking for any drug treatment in Laguna Hills, call us now on our 24/7 helpline number 855-355-1116 and get immediate assistance.